What do a movie set in New Mexico and a paint factory in Ohio have in common? They both show the importance of a safety culture – and what can happen when organizations don’t build one. By taking a proactive approach to safety, however, leaders can manage risks, reduce injuries, avoid fatalities, and control costs. Organizations that take a proactive approach like this find that their safety program shapes their culture. Those that don’t sometimes face tragic consequences.

In New Mexico, actor Alec Baldwin fatally shot a crew member on the movie set of “Rust”, a western that was being filmed near Santa Fe. The gun that Baldwin fired was supposed to be a prop that imitated live ammunition; however, the firearm was not “cold”, as Baldwin says he was told. Rather, the gun contained live rounds that killed the movie’s cinematographer, Halyna Hutchins, and wounded its director, Joel Souza. As the investigation into the shooting continues, additional evidence of safety failures is emerging.

According to The Los Angeles Times, Baldwin’s stunt double previously fired live rounds after being told that the gun was cold. “There should have been an investigation into what happened,” a crew member said. “There were no safety meetings. There was no assurance it wouldn’t happen again. All they wanted to do was rush, rush, rush.” Another member of the crew was alarmed enough by prop gun incidents on the set that he sent a text message to the unit production manager warning that “This is super unsafe.”

As reported in BuzzFeed News, however, a source close to the movie denies that its producers undercut safety. The unnamed source claims that there were three full-set safety meetings prior to the workplace fatality and injury. Moreover, all union and guild guidelines were followed as the set was certified by the International Alliance of Theater and Stage Employees (IATSE), the International Brotherhood of Teamsters, Screen Actors Guild (SGA), and Directors Guild of America (DGA).

Jim Testo, president of EHS Risk Management, says that a checklist approach to safety is not enough. “We find people struggling to implement their policies and procedures. What is needed is a safety management system, which is a proactive process that results in an established safety culture. 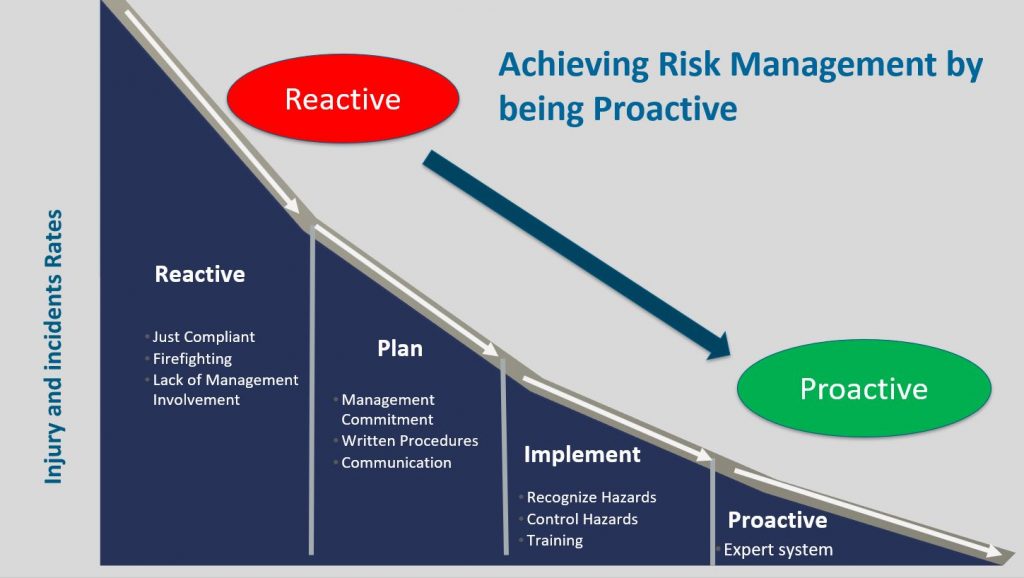 Across the country in Ohio, a recent explosion killed a press operator and hospitalized eight other employees of Yenkin-Majestic Paint Corp, a family-owned and operated coatings manufacturer. The U.S. Occupational Safety and Health Administration (OSHA) has since cited the Columbus-based company with two willful and 33 serious violations of the agency’s process safety management (PSM) and hazardous waste operations and emergency response procedures. OSHA also noted violations involving a lack of personal protective equipment (PPE) and employee training.

As OSHA’s investigation determined, Yenkin-Magestic Paint altered a kettle reactor vessel and manway opening but did not ensure that the vessel maintained its ability to contain pressure. Although the manway failed after the vessel was altered, the company made additional vessel alterations when installing a new gasket and again failed to adhere to OSHA’s PSM standard. “Company leadership failed to follow their own internal audit procedures that were put in place to ensure the equipment’s integrity and that of the repair process,” said OSHA’s Area Director Larry Johnson.

As the incidents in New Mexico and Ohio both show, failing to build a safety culture can have tragic consequences. At organizations like Chevron Corporation, however, safety is a priority and leadership is responsible for keeping it that way. As the company’s leadership guide says, “safety will not be compromised for production or cost”. That’s good for the employees, good for the business, and an approach that companies of any size can adopt.

To learn more about how to take a proactive approach to risk management, and the technology that you really need, download this article from EHS Risk Management.

We're not around right now. But you can send us an email and we'll get back to you, asap.